The FIDE Women World Blitz Championship 2014 continued today with rounds 6-10 being played at the Ugra Chess Academy in Khanty-Mansiysk.

Anna Muzychuk from Slovenia, who was convincing leader after five rounds, slowed down a bit, but still played well enough to finish the day tied on the first place with 15/20 points.

Muzychuk is joined by Nana Dzagnidze from Georgia, who first had a flying start, then a couple of shaky displays, before making another surge forward. 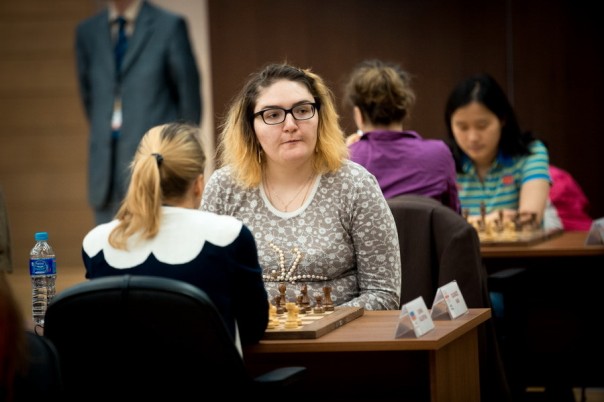 Blitz games are always exciting and already in the first game of the day A.Muzychuk blundered horribly to allow checkmate to Stefanova.

In the return game Muzychuk recovered and converted the advantage. In the next round she won a beautiful game with a knight sacrifice against the defending champion Valentina Gunina.

In the next three matches, however, Muzychuk could not achieve more than 1-1 against Tatiana Kosintseva, Zhao Xue and Alexandra Kosteniuk, respectively. 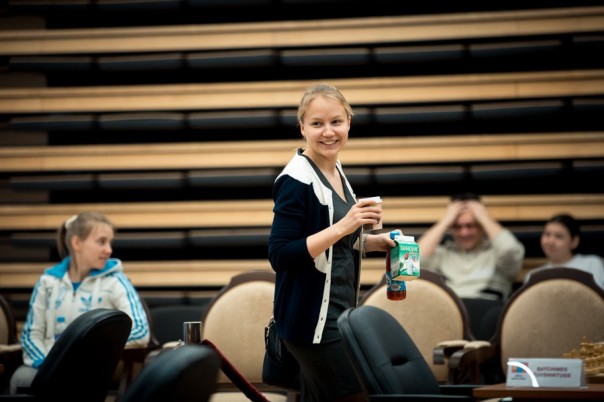 The event continues tomorrow at 3pm local time with the final five rounds.

34 female players from 13 countries are competing for the title and prize fund of $50,000.