Anastasia Sorokina (born 26 January 1980 in Minsk, Belarus) is an Australian chess Woman International Master (WIM), International Arbiter and FIDE Trainer. Sorokina moved to Australia in 2003, and worked as a chess coach in the Queensland School of Chess, and then Chess Kids in Melbourne for a year. She then opened her own chess coaching business “Chess Academy” for several years. She currently lives in Belarus with her family. Her uncle is GM Viktor Kupreichik.

Anastasia has been working as a deputy chief arbiter for last 3 weeks in Khanty-Mansiysk – firstly at Women Grand Prix and lately at FIDE Women World Rapid and Blitz championships.

- How did you like the organization of tournament here in Khanty?

- I like the organisation of this tournament. It is a small city but very clean and modern. The conditions are excellent. It is of a high level of organization and I am extremely impressed by Ugra Chess Academy!

-  Is there any difference between women and men’s tournaments? Is there any special atmosphere during women events?

- I think there is a huge difference between men and women’s events. When women play, you never know how a game will finish until the very last move. We have a lot of surprises in the games, it’s never boring to watch women chess. Let’s say during Women Grand Prix there was a great atmosphere, everyone enjoyed some chat, a common tea or coffee during the tournament.

-  What was the most touching tournament in your arbiter career?

- You know, each tournament is very special for me. Chess Olympiad for example has a special atmosphere and I really enjoy it to be there. There is always fighting chess during Grand Prix’s events. And of course I like kids’ tournaments and there is something special because you feel really motivated and I like to follow how young champions are growing up. Let’s take for example Magnus Carlsen!  I remember him when I played in Dubai Open in 2003 or 2004 and he was just a small boy and now he is the World Champion! 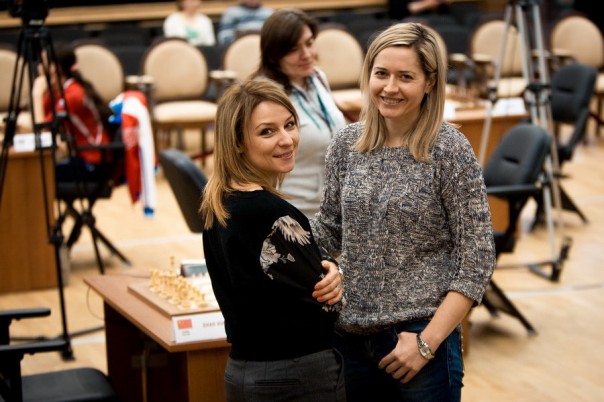 -  How many years have you been working as an arbiter and what do you think about this job? Are there many women arbiters in Australia?

- I became an International Arbiter in 2002. And a lot of rules changes happened during those 12 years of course. I like this job very much.  I was a chess player in the past as well, so I know that one of the most important tasks of an arbiter is to support chess players who may face different kinds of problems during the games. I really respect all chess players as I know how hard they are working to achieve the most! And I always try to do my best during an event.

-  What do you think could be improved to get more female arbiters?

- If we will compare chess with other sports, normally during women events, they always have at least half of women arbiters/referee’s. I think we need to have more motivation for women to become professional arbiters. We have some professional women arbiters but it’s not enough because the amount of women events is growing.  The problem is that you can’t become an arbiter in “one day”.  It’s not enough to just know the rules of chess to be a good arbiter. You also need a lot of experience. There are so many different events with a different systems of play, different time controls and each of them has own regulations and tasks.  How could you compare World Cup, Olympiad, Blitz and Rapid World championships? Until you haven’t got this experience you will never know how each event works on practice. 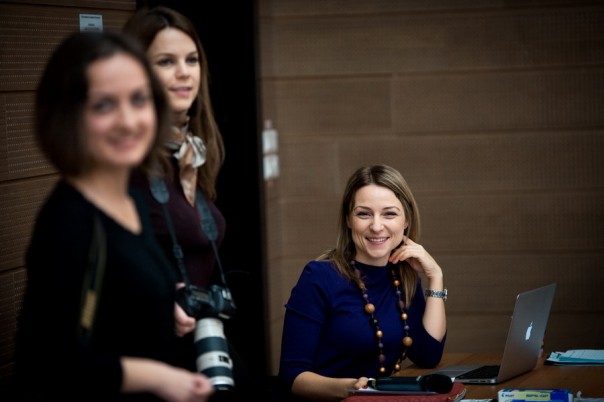 -  You are also WIM and played chess professionally for many years. Have you had a wish to sit and play here?

- I came from a chess family, my uncle is Belarussian GM Viktor Kupreichik, and when I started my career, of course my plan was to become a World Champion. Later on I discovered it is not so easy, and you have to be a really hard worker in chess. It was almost impossible to make money from chess. Now the situation has changed, FIDE did a lot of work during the last years and today women have many FIDE events with good prize funds. Before women players could only dream of 200,000 Euro prize fund for the Women World Championship Match, 75, 000 prize fund for Women Grand Prix! And today those who play chess professionally can earn money out of chess. So maybe it`s a right time to start my chess player career again. (laughing) Of course I’m joking now, as I love my arbiter job and I’d say that conditions for arbiters have also changed to better.

When I played for Belarus it was very professional as we had a Soviet Union chess school. Each game you have to win and you play for the team. When I played for Australia, it was more relaxing and I like this atmosphere and I really love Australian people, they are always smiling. Now because of my circumstances I have to live between two countries but I feel Australia is my second home.

-  You have a chess school in Minsk. Please tell me more about this school?

- I founded my chess school one year ago and I teach kids of the ages from three to seven. I really like to work with small kids, and I want them to enjoy playing chess. Right now I do not aim to raise world champions, I see my task in making a lot of kids fond of chess, showing them how fun chess can be, and through chess develop the qualities that can help them in their lives. It is known that those who train chess from the early age are also doing better in school.

- Thank you for chatting to us here in the press centre and we wish you all the best in all your chess activities.