The Russian Alexandra Kosteniuk took the second place in the World Rapid Championship in Khanty-Mansiysk. Alexandra shared her impressions about the tournament with the journalists at the press-center.

– Alexandra, you look a bit disappointed. Is finishing second in such tournament that depressing?

– I can’t say I am happy about my result. The victory was so close! Sometimes I missed my chances, sometimes I got lucky. Obviously, in such a strong tournament everything could be very different. However, when you narrowly miss a victory, it is very disappointing. I finish second for the second time in a row, it is a good result, but still…

– Were you happier two years ago, when you finished second in the Rapid Championship for the first time?

– Yes, because then I did not really compete for the first place. And here I was a full point ahead with just two games to go – and lost my next game without any fight. So sick… 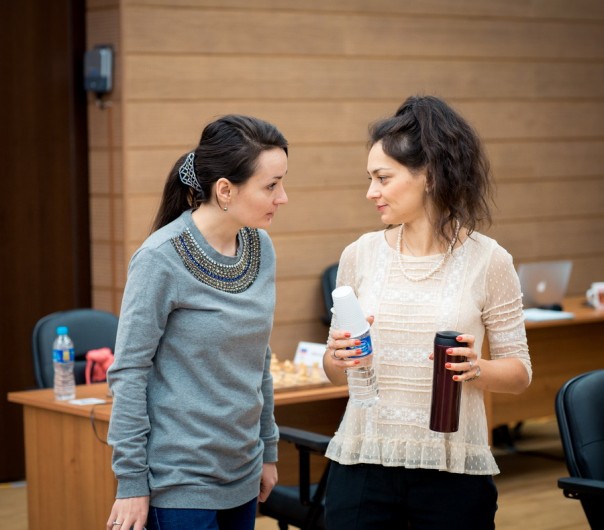 – Which day was the most successful for you?

– It is hard to tell. On the first day I scored 4 out 5, so it was my best day, if we only take the score in the account. The recent Grand Prix event also took its toll. On one hand, we already had some momentum, on the other hand, tiredness played some role, too. Some of my games were really good and consistent, but there were totally disastrous games, too.

– The first tie-breaker in this tournament is an individual game. So your game with Katya Lagno decided the outcome. Can you tell us how it went?

– We met on the first day. After the opening I made a silly mistake, lost my a7-pawn, and lost the game without a fight.

– Generally I have good impressions. I showed my personal best result in the Grand Prix event here. However, I will analyze everything later, as I need time to cool down. For proper analysis one needs a sober mind, so to speak, and I am filled with emotions right now.

– But before that you have to play another tournament. Everybody knows how much you love blitz…

– Thank you for the answers and good luck in blitz!