The former World Champion Alexandra Kosteniuk visited the press-center of the World Rapid Championship on the first day. 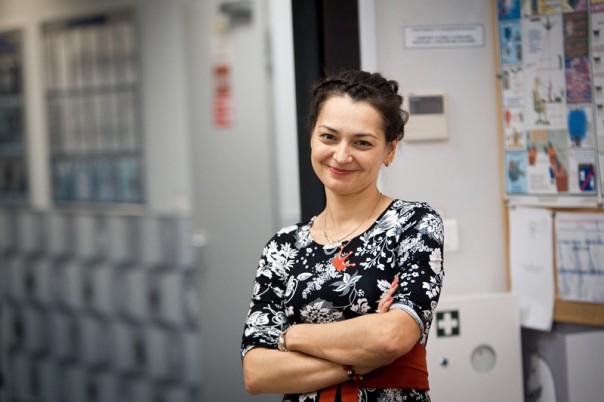 The press-center staff congratulated her with the birthday and provided flowers, music and applause. Alexandra scored 4 points out of 5 and is at the joint second place so far.

– What kind of mood you had when you woke up today?

– It was very good. My relatives and friends called me in the morning with congratulations. Actually, birthday is always a little sad – it means you lived another year of your life… And this is why I enjoy playing chess on my birthday so much – it leaves no time for sadness. You go and play, you live and do the things you love.

– Do you feel you know chess better compared to the times you were the World Champion? Did you become wiser?

– I don’t know if I became wiser in chess. It is a unique game – the more your work, the more you realize how little you actually know. One can always get better in chess. Of course,  when I was the World Champion I knew less than now, because I keep working on chess.

– Both spectators and journalists noticed your beautiful dress today. Does your appearance influence your mood? Is it important for you?

– Every woman cares about the way she looks, and I care as well. In rapid chess your dress must be not only good-looking, but also comfortable. Your concentration must not be affected. I decided that today is a special day – you turn 30 just once in life, you know, and I should look special too, even though it is a very important tournament, a World Championship! 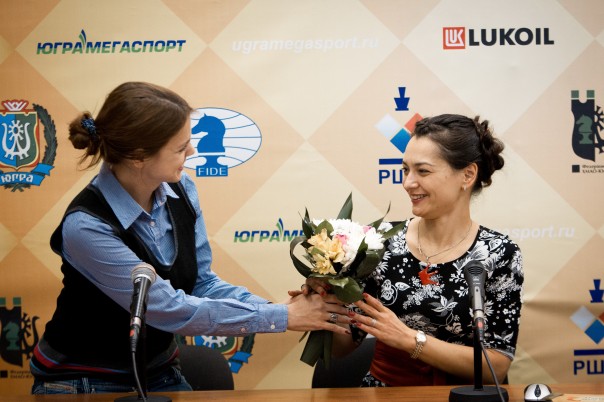 – Tell us little bit about your games. Was it hard to play?

– Well, there were five games, but the tournament distance is long, so one can say we just warmed up a little. Yet I am happy about my result. I played very well in the first two games, slipped a bit in the third one, but I didn’t like my fourth game at all. I lost the track in the opening and lost a pawn. Fortunately, I managed to get myself together in the fifth game and finish the day on a bright note. Four games out of five is a good start, but there are still two days and ten games ahead. I believe everything will be decided on the last day. All in all, I always enjoy playing speed chess.

– Almost all the Grand Prix participants played well on the first day. Can you explain that? Do you even get tired?

– I am not surprised. Our chess development has reached the stage when a long tournament feels almost like an extended warm-up. However, we do get tired. We only played one day so far, so it’s not that bad, but it will probably hit later, somewhere around the concluding rounds. And right now we are using the advantage given by the previous tournament. 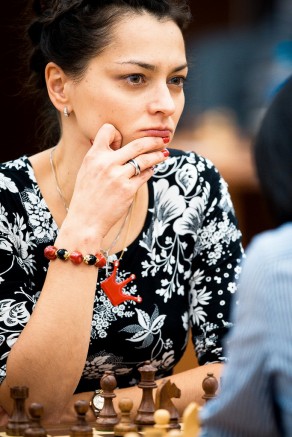 – Yesterday was your daughter’s birthday, today is your birthday. Did she congratulate you already?

– Not yet, because she is in the US now, and there is the time difference. She was still sleeping when I went to the playing hall. She’ll call me later.

– We know that you already prepared a present for her…

– When I finished third in the Grand Prix event, I received a charming baby mammoth. We already discussed this gift with my daughter and even sung “The baby mammoth’s song” together, so she is really looking forward for the baby mammoth from Khanty-Mansiysk.